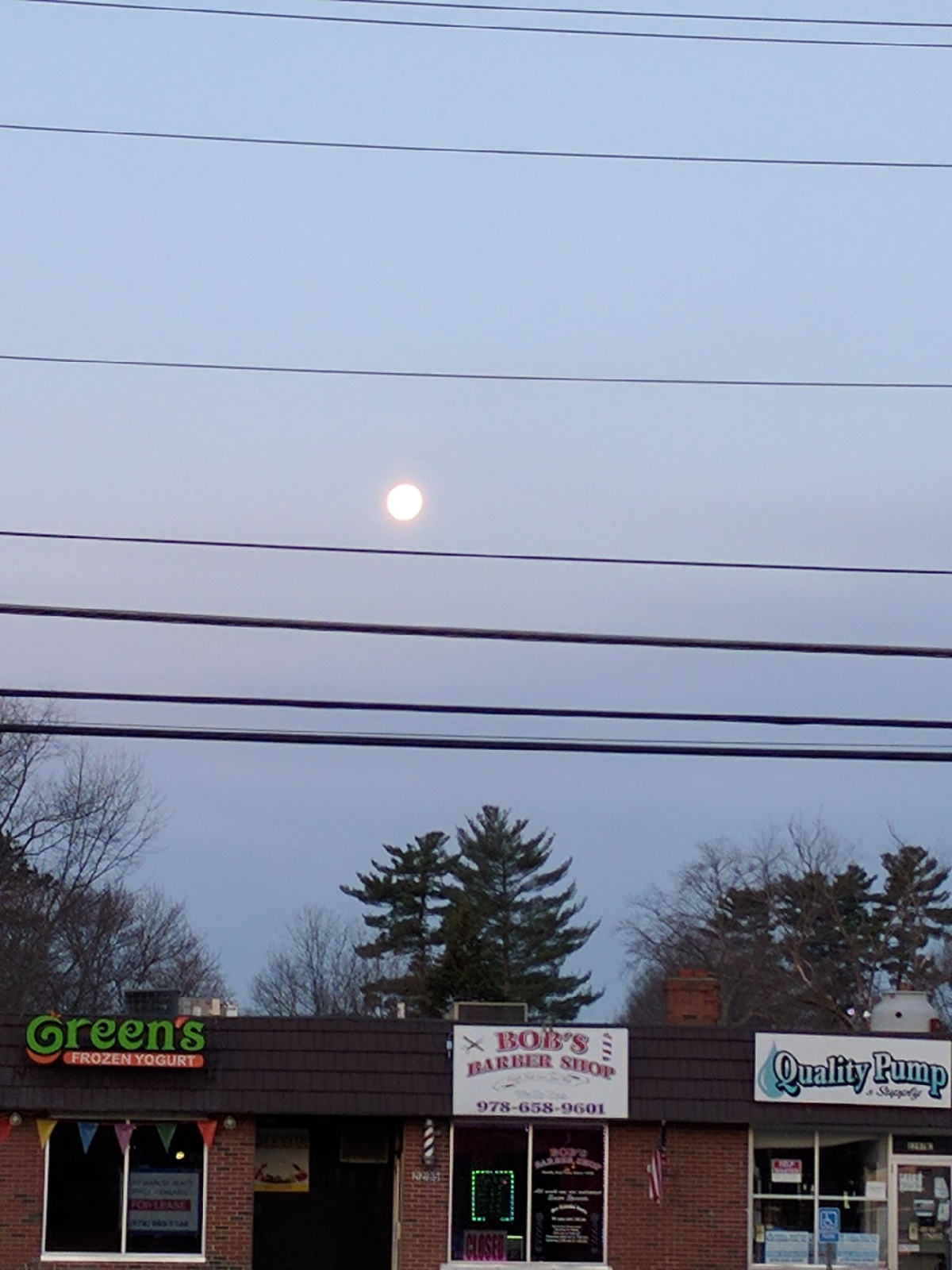 It RRRReally Works: The Layer Cake of Communication

Even if we became the most articulate, classiest speakers ever, it would not totally solve the problem of “poor” or unproductive communication between any two people—a couple, a boss and employee, two friends, a parent and child.

Communication is behavior, but more like a layer cake of behavioral outputs that rivals the complexity of an orchestral composition.  We have the powers to conceal or reveal, to exaggerate or trivialize, to assign meaning selectively, and to spin.  We can also manipulate, persuade, leverage, blackmail, threaten, or even brainwash.  We are always “selling” our story, even when we are selling the real, organic, true story.  Even when we aim for honesty, transparency and disclosure as operating principles for our own lives, we cannot help but interpret what happens in our worlds through our own subjective lenses.  People who have an extraordinary ability to empathize can entertain multiple stories as interpretive options, even when different from their own.

We utilize these verbal strategies or storytelling modes to advance the outcomes we hope to attain as well as to avoid unwanted outcomes.  For example, John doesn’t tell his wife, Sally, that he has another out-of-town conference because he wants to avoid her anger—at the demands of his job, at the lack of John’s assertiveness with his boss, and because of the stress of dealing with their three small children alone after a full day of work for her.  John is a good man, a hard worker, and loves his wife and children.  He already feels upset about his sheepishness in standing up for himself with his boss, and so, in subtle and not so subtle ways, he attempts, perhaps unconsciously, to manipulate his wife’s emotional output because when Sally gets angry and frustrated, that really upsets John.  Sally too is good at minimizing the breast tumor with which she was diagnosed so that her mother of 80 wouldn’t worry too much.  It is operable, treatable, with a high probability of an actual cure, but she has no guarantee.

When we speak with other people we express ourselves from our own point of view because we are the protagonists on our life’s stage.  Whether in conflict with anothers interest or assisting them in their aims, we have the tough job, when communicating well, of trying to understand and articulate our own wants, needs and opinions while, hand in hand, we also understand the wants, needs and opinions of the other party.

In addition, as in the example of John and Sally, our personal narratives and our history of emotional experiences greatly influence what we choose to communicate as well as how we communicate.  In large part, effective communication involves the co-creation of mutually beneficial outcomes and positive emotional experiences or experiences which uplift, educate or enlighten, even when painful.  Unproductive communication may include using others as targets for our unleashed anger, frustration, resentment or other stress; hurting another person’s feelings to get revenge for perceived affronts, or to temporarily make ourselves feel victimized, elevated or to simply let off steam. So an important layer of communication emphasizes its function as a complex expression of information, values, feelings, opinions, aims, and both cultural and personal narratives—the core stories of our lives.

On the surface, communication contains musical and choreographic elements in addition to words, like volume, inflection, speed, accompanying bodily gestures and facial expressions as well as amount of eye contact, and spatial proximity between conversants. The environment also plays a role in which dyadic communication takes place—a doctor’s treatment room, an office, a living room, a mountain top, a crowded public place, etc. The defined roles of each participant in a discussion (doctor-patient, lovers, friends, parent and child, boss and employee) establish the relevant conversation etiquette, as well as the fund of allowable topics.  Since etiquette and socially appropriate topics may vary across cultures, inter-cultural communication may require some additional education and sensitivity to avoid conferring offenses where none were intended.

A lot of available material on communication offers strategies for effective communication, as well as cautioning us on deleterious exchanges.  John Gottman, a psychologist who has studied couple’s communication for decades can reliably predict a couple’s demise based on some core premises:  that couples must have a five-to-one ratio of positive to negative exchanges as well as the ability to communication without the “four horsemen of the apocalypse.”   He defines these as criticism, contempt, defensiveness, and stonewalling.

“Criticizing” attacks or puts down the person with whom we are speaking.  In my office, I often see criticizing as the result of power struggles in which people get locked into a paradigm where someone needs to win at the other’s expense, or when someone must be right and the other wrong.  This black-and-white mentality can blind us to an alternative paradigm in which multiple perspectives can offer enriched understandings or interpretations of a situation.

“Contempt” or derision constitutes a form of attack on anothers self or character by name-calling or other insulting language as well as gestures and facial expressions like eye-rolling or derisive laughter.  Belittling, humiliating, shaming, and character assassinating come under this heading.

“Defensiveness” in my opinion, stands as the most prominent barrier to productive communication.  I believe we humans come into the world hardwired to protect ourselves from perceived physical and emotional attacks. It requires hard work to master the art of non-defensiveness;  to remain open minded and curious about what someone else thinks (particularly about us) without gearing up for battle. Defensiveness can appear as cross-complaining (turning the tables, as in, “but you always leave the lights on upstairs.”) or making excuses or attacking back or disagreeing without trying to see the other person’s point of view.

Gottman’s last “horseman” is “stonewalling,” the cold shoulder, walking out and slamming the door, the silent treatment, disconnecting emotionally.

Because communication is a form of behavior with verbal and non-verbal constructs, the “four horsemen” exemplify the kind of behavior we call “acting out.”

Receiving communications from others with full attention, openness and curiosity is a prerequisite for good communication.  Without listening well—focused on the speaker rather than on what one wants to say—one simply can’t respond well.  Defensiveness can prevent us from being good listeners:  We are so primed to feel attacked that we are already preparing our firing squad before fully comprehending what is being said to us.  But we can practice listening better by adjusting our bodies—releasing tight shoulders, breathing more deeply, slowing down our processing speed, giving ourselves permission to take the time we need to respond so that we can use our post-listening time for building our responses.

Repeat back, in some fashion, what has been said to you.  When we reiterate what we understood, you satisfy your conversational partner’s desire to feel heard and understood.  I believe that the desire to feel understood is one of our fundamental interpersonal desires.  Whether or not someone agrees with us, when we have an experience of feeling understood or sympathized with, then the wheel is greased for us to reciprocate.  Sometimes “repeating back” is referred to as part of an “active listening” process.  In this process repeating back may require additional questions of the initial speaker, not to advance one’s own agenda, but to simply clarify or unpack the initial speaker’s point.

Reflect:  Absorbing what someone says, openly and with full attention, and validating your understanding of their communication, is best followed with a moment of reflection.  During this time, we process and digest our understanding and compose what we think, feel, and ultimately want to say in response.  Responses are different than reactions, because reactions often emerge half-cocked, ill composed, and lacking in attunement. Gottman’s four horsemen are sub-species of reactive communication.  When we reflect, we allow our brains/minds to link our feelings and thoughts and values productively.  When we speak, from a rootedness in our integrity, the result is often the best possible, particularly in a trying conflict or other situation.

Respond to the other speaker, even if you disagree, with the best you can offer.  If you have taken the time to reflect, your best may include your values of kindness and consideration, of allowing the other person’s concerns to influence you, of dignifying their communication with respect, and of putting forward your own thoughts and feelings with sincerity and clarity regardless of the outcome.

For myself, I often affirm that I will communicate/act to the best of my ability and remain open to all outcomes.  Because we cannot control all outcomes, trying to manipulate them underhandedly often backfires—we lose credibility and the trust of others—and undermine the possibility of effective communication down the road. On the microcosmic scale of our own interpersonal conversations as well as on the macrocosmic scale of political and media communications the same principles hold.  If we learn that we cannot trust or believe in what someone says, or they are neither transparent nor forthcoming, then we continue to feel stressed and unsettled.

As one of my clients often says, “What we say and what we do is who we are, and who we are, we are forever.” I’d like to give us a bit of legroom, as masterpieces in the making, to continue to master the art of non-defensive, impactful and productive communication.

Lisa Friedlander is a psychotherapist in private practice. She writes essays and loves to quilt together events, situations, memories, ideas, and stories that connect in interesting ways--dovetail, cause friction, make waves, and interweave. View all posts by lisafriedlanderlicsw