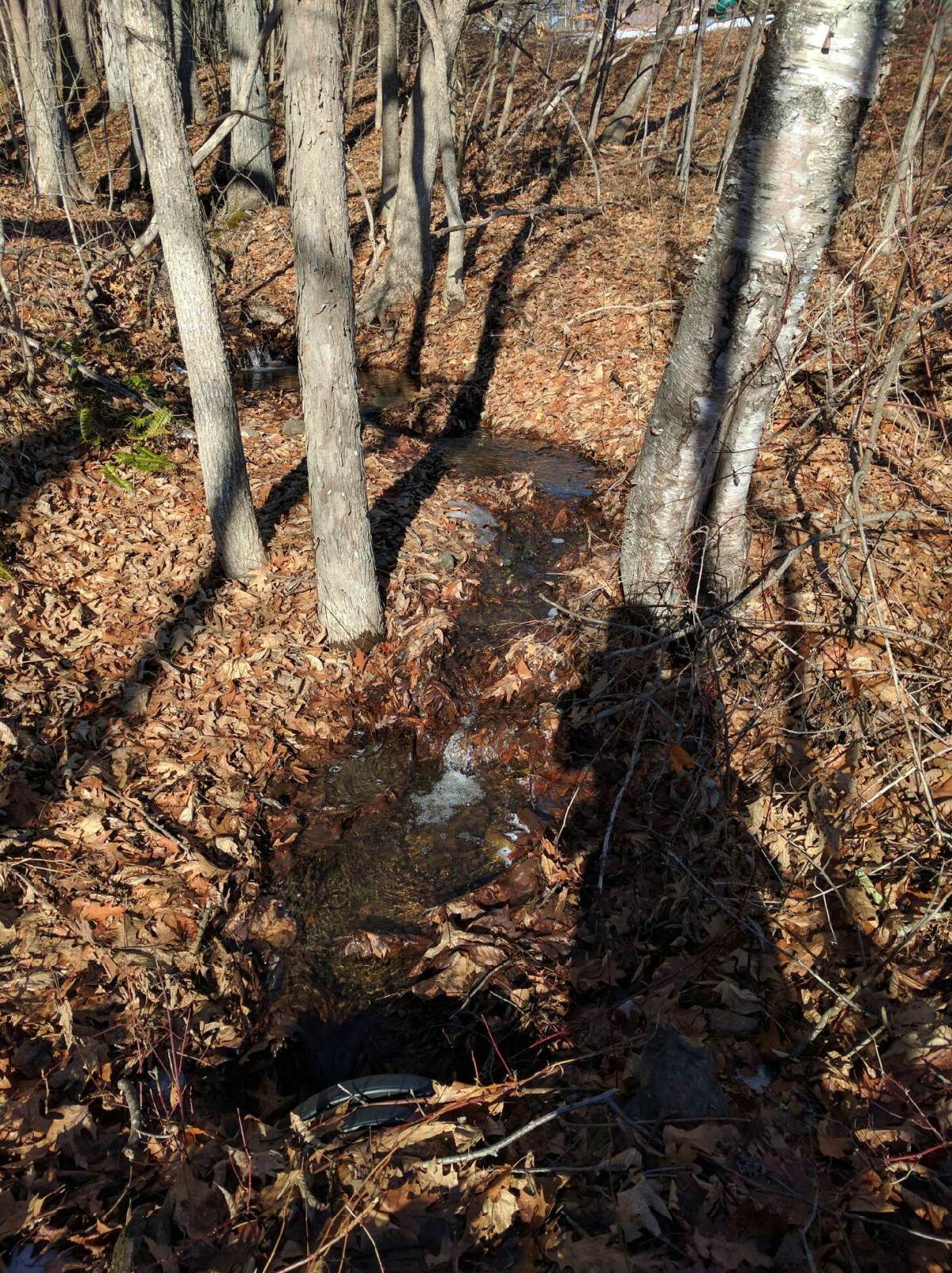 Joyful Sadness:  The Happiness of Both/And

As my mother lay dying, my three sisters and I moved into her house for the twelve days between her cancer diagnosis and taking her last breath.  She grew sleepier by the day, finally confined to her bed, no food for over a week and then she refused even the sips of water we offered every hour or so with a straw.  Her oral medications were switched from pills to liquid forms.  But when she opened her eyes or focused for some moments, she knew we were there.  Several times she said, with a slight smile, “I hope you are enjoying getting to know one another.”

We human beings have multiple capabilities, including the ability to feel several emotions at the same time.  Sometimes that seems confusing, chaotic, contradictory, or inconvenient.  But this is the gift of a large and complex brain, and a largely complex set of abilities to analyze and appreciate the different aspects of the human situations we co-create.  According to the famous autistic expert on animal behavior, Temple Grandin, most animals feel only a single predominating emotion at a time.  Your dog wags his tail when you come in—happy.  Or fears you in the moment when you express disappointment in his toileting accident.

On a daily basis we might experience moments similar to these:  “I am so relieved to get my tooth crowned now but the sound of the drill terrifies me;” or “I was ecstatic to see my sister but annoyed that she took her sweet time getting here.”  Or, “I felt so grateful that my boss gave me the raise, but I got impatient when he yacked my ear off about his new vacation home.”  Or, “I really didn’t want to invite her, she’s an attention hog, but I felt too guilty not to.”  Or, “I was ecstatic that my daughter got invited to the prom, but so tired I didn’t love picking her up at 1 AM.”

Participating intimately in my mother’s later stage illness, dying and death, opened an appreciation for the beauty and the difficulty that our mixed emotions can produce.  My mother, herself, offered prime examples. Even prior to her diagnosis she struggled with the mixed feelings that arise in the aging process, when the roles and responsibilities with which one’s identity is so bound up, have to be relinquished to the younger generation.

A woman of great independence—and widowed since the age of 42 when our father died—she had had some difficulty passing on the baton for many things, like hosting family occasions.  Finally, after several years of complaining about the exhaustion of entertaining, while on the other hand finding it impossible to give up the matriarchal role, she yielded the ladle and roasting pan to us.

Instead of cooking, she offered advisement, recipes, and family stories to spice up our homes as we segued, as subtly as possible, into our collective new role as the hosting generation.  The handing over of tasks and roles one has played dutifully and with great ceremony does not come easily to everyone, and to our mother it did not. These roles and tasks defined a large part of her self-identification.  Along with the roles of host and matriarch, come other aspects of identification such as physical strength and stamina.  The loss of any function is difficult for most people, including the need to treat one’s body as more delicate and breakable, as slower and less graceful than in one’s younger years.

When my mother felt too ill to fend for herself, she said she would accept our care, even deserved it. In a strange way, her illness became an occasion of sorts. We gathered together.  On her generosity, we relished a Chinese meal at her dining table while she lay in her bedroom enjoying the sounds of our talking and laughter. We let her know of our appreciation and she smiled, then went back to sleep.  My sisters and I slept over there in twos, or three of us, and finally all four, helping to clean our mother, wipe her mouth and her brow, change her diapers, reposition her, and refresh the sheets and blankets. Rub her hands and arms and upper back when she could still enjoy the “love.”

A couple of times she said, while reaching for my hand, “I’m not ready.”  That was all.  As if there were something I could do to alter the burden of this ending chapter.  All I could say was, “I know.” And witness her leaving–unfinished, unprepared, in disagreement with her cancer’s terms.  But I wanted, so desperately, to change her outcome, and felt so powerless to do so.

“I thought I had a few more years,” she had said earlier, when she learned of her pancreatic cancer. In moments of denial the word, “pancreatic” eluded her, even with the mnemonic of “something in which you fry eggs.” Still, she could not get beyond, “pan.” But said she would one day like to write an essay about such denial.  Her own experience of the cancer interesting to her, peaking her curiosity, as she continued to express her voluminous curiosity about our personal worlds and the world at large.

We did not feel ready for her to leave us.  But we also hoped she would go soon when the cancer made a mess of her body—edemic, leaking, purpling, blocking, paralyzing, and punctuating with pain–and determined to shut down all the miraculous organs that for 88 years had supported each of her eagerly waking days.

Finally, only the brain and the heart and the ferocious lungs powered on, attached to their beautiful living body, even as that body washed off the human shore toward the vast sea of nothingness and, for us, such heart wrenching grief.

We both wished her to live, and then to die as her suffering, and ours, increased. As the inevitability of her dying soaked the sheets and our hands and our lives with tears, we gathered around her bed, as her eyelids lifted open for a moment, to witness her last breaths, and to gently place her limbs in a comfortable position.  We watched as silence permeated every cell of her body, this body in which each of us had grown toward birth, attached and unknowing.

The extraordinary hospice nurse who visited, counseled and helped us in these last weeks, spoke of experiencing these moments as a joyful sadness.  Really, a one word experience—“joyfulsadness,” the both/and of it inseparable.  To be lovingly of service in these most intimate ways, to help usher our mother from this life into stillness, honored her.

And then, my mooring gone, I felt lost and uncertain in this world without my mother.  Sad and disoriented, I felt like a stranger in my own life. Even though I have my own family, the experience of belonging dislodged like a foundation crumbling in an earthquake.

Our urgent or extreme human situations are rarely black-and-white.  Often chaotic, with multiple aspects, we feel pulled in different directions emotionally.  Caretakers of ill loved ones frequently find themselves worried, under-slept, hypervigilant, zealous, and also angry, resentful, needy and so forth.  This is a completely typical emotional mess!

Nowhere will we find more both/and’s than with regard to parenting.  We feel both elated and exasperated when Johnny runs into the house with his soccer victory trophy in one raised hand and his muddy cleats on the white rug.  When Suzy gets too shy to continue dancing in her end of year recital we feel deep empathy and raging embarrassment as well as guilt for having raised a genetically shy child, or not having coached her enough in thinking of her audience in their undergarments while onstage.  We feel angry with our adolescent son or daughter for undermining our authority by getting into a disrespectful dispute with the school principal but we admire and feel proud of their grit and passion.

In a 2014 Psychology Today article online, Leon Seltzer, PhD, writes: “All feelings–vs. thoughts–have a certain physiology to them. You cannot experience an emotion without at the same time experiencing a corresponding bodily sensation (or sensations). And each of your emotions reside in a particular place(s) in your body–their “native home,” as it were. Unless, that is, you feel an emotion so intense and overpowering that it’s all over your body–perhaps like a heavy, almost suffocating, wool blanket, or an electrical surge, or a violent internal earthquake.”

I woke up one night to go to the bathroom and as I passed the windows I thought, Mom is missing the moon.  Spectral, pale, the ghostly white moonlight seemed not to move.  It did not flow or sweep or swim or stream into the room.  Suspended, as if between breaths or in some undecided state the light, simply there, accompanied me as I walked, somewhere between sleeping and waking fully, across the floor boards and the Persian prayer rug and then between the two closets and past the mirror on the door.  It did not follow me nor take shape.  It did not weigh me down.  The light seemed, more like a primer, an undercoat, the anonymous preparatory, diligent emptiness before the first words of a poem, or the brush of a painting.

I missed my mother as she would miss this and many other moons; and felt glad for the quiet aching.

Camel Saddle:  What is a both/and moment for you with a partner, a child, a parent, a work situation, how you balance your life?  How does it work for you to honor each of these sometimes colliding or competing emotions?

Lisa Friedlander is a psychotherapist in private practice. She writes essays and loves to quilt together events, situations, memories, ideas, and stories that connect in interesting ways--dovetail, cause friction, make waves, and interweave. View all posts by lisafriedlanderlicsw